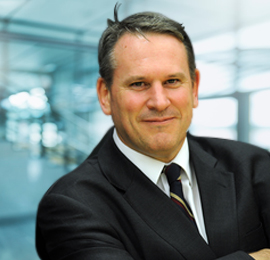 Colonel Richard Kemp has spent most of his life combating terrorism and insurgency. In his 30-year military career he commanded British troops on the front-line in some of the world’s toughest hotspots. He was wounded while fighting terrorists in Northern Ireland. He served alongside the US Marine Corps and US Army during the 1991 Gulf War and commanded an armoured infantry company within the UN Protection Force in Bosnia in 1994.

In 2003 he was Commander of British forces in Afghanistan. There he formed a joint US-UK counter terrorist unit that captured Al Qaida operatives in Afghanistan, helped to disarm local warlords, trained the fledgling Afghan army and police and helped prevent a coup d’état against President Hamid Karzai.

As well as leading at the sharp end of conflict, Richard Kemp has been involved in direction of national policy at the highest level. From 2002 - 2006 he worked in the British Prime Minister’s Office, heading the international terrorism team at the Joint Intelligence Committee. His work there included monitoring state sponsorship of terrorism including Iranian planning and action; and intelligence preparation for ministerial strategic decision making on direct action including hostage rescue operations.

Concurrently he served as chairman of the strategic intelligence group at COBRA, the UK national crisis management committee, akin to the White House Situation Room. Previously he worked as counter terrorism adviser to the Prime Minister of Macedonia.

In 2005, at the request of the US Ambassador to Iraq, he undertook a special intelligence assignment based in Baghdad. Back in London, he chaired the EU and NATO Intelligence Support Group and was a founder member of the US and UK governments’ Joint International Security Strategy Group.

In 2009, at an emergency session of the UN in Geneva, Colonel Richard Kemp vigorously refuted Judge Goldstone’s allegations of war crimes against the Israel Defence Forces during Operation Cast Lead.

He was present in Israel during the Gaza operations Protective Edge in 2014 and Pillar of Defense in 2012, meeting with senior military officers, government officials and ministers. He spent much time also with Israeli troops around the Gaza border area and visited the cities of Sderot, Ashkelon and Ashdod while they were under fire.

Immediately after the 2014 conflict ended, he gave a detailed briefing to the Foreign Affairs and Defence Committee of the Israeli Knesset, providing his assessment of the way the conflict was conducted and the future in Gaza. He wrote many articles and gave numerous TV and radio interviews for US, UK, Israeli and international media during the operation. He gave evidence in February 2015 to the United Nations Commission of Inquiry investigating the Gaza conflict and in June 2015 addressed the UN Human Rights Council in Geneva rejecting the Commission’s report.

His Sunday Times bestseller, ‘Attack State Red’, tells the story of a landmark tour of duty in war-torn Afghanistan. He is a regular columnist for ‘The Times’ of London, frequently writes for other national and international newspapers and is a prolific contributor to television and radio news and current affairs programmes. His TV appearances include major contributions to a seminal Channel 4 documentary on political kidnapping and the BBC’s recent ‘Secret Pakistan’ series. He was chief adviser for the acclaimed new TV drama, ‘Secret State’ and Co-Producer of the Lionsgate action movie ‘I Am Soldier’, released in 2014.