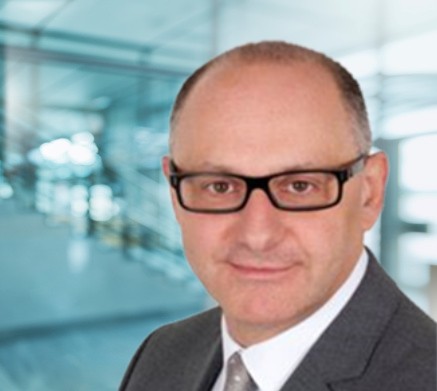 In October 2013, Richard retired as Chief Executive of the Community Security Trust (CST) (https://cst.org.uk/) which is a registered charity with UK-wide responsibility for the physical and political defence of the Jewish community, its synagogues, schools, community buildings and events, which he led for over 12 years. Richard joined the CST in 1994 and continues his involvement with CST as a member of the Advisory Board. Richard joined the staff as Head of Security in 1998 and became Chief Executive in 2001.

The CST is the largest community based security organisation in the world and is Anglo-Jewry’s defence agency representing all parts of the community - both religious and political.

During his time at CST, Richard led a team of 60 full-time staff and 3,000 security volunteers and raised in excess of £6m per annum.  Richard had responsibility for delivering the service to the Anglo-Jewish community, covering security, marketing and communications, information and research, Government and Police liaison, international engagement and fundraising. The headquarters based in London is supported by regional offices throughout the UK wherever there are Jewish communities. Richard has carried out threat assessments; security reviews and implement security upgrades at 100’s of hotels and conference centres and stadiums.

Richard has written safety and security manuals, planned and managed security operations for thousands of major events, researched, implemented and managed major security reviews of community based buildings totalling 600 across the UK. Richard has developed a race hate crimes monitoring strategy and worked with victim support.

Richard was deeply involved with the UK's Parliamentary Inquiry into antisemitism and as a result, Richard was appointed a member of the Government’s inter-departmental Task Force on antisemitism which was established by Government following the key recommendations of the Inquiry.

Richard organised and ran the professionals and experts track at the 2010 Inter-parliamentary Coalition for Combating Antisemitism (ICCA) Conference in London.

Richard has been an advisory board member of the ICCA (www.antisem.org) which brings together Parliamentarians from around the world to lead the fight against resurgent global antisemitism. Its principal purpose is to share knowledge, experience, best practice, and recommendations, encouraging their dissemination in an attempt to deal more effectively with contemporary antisemitism.

Richard is a Fellow at the Rutgers Institute for Secure Communities (https://risc.rutgers.edu/cpr/fellows/benson). Rutgers University, Newark, USA have developed the Faith-Based Communities Security Program focused on Combating Targeted Violence Impacting Communities of Faith. It develops and publishes policy and programmatic guidance that local and national law enforcement authorities, faith-based organisations and the broader security community can use to partner more effectively in detecting and addressing threats to their communities and to work directly with communities and law enforcement agencies in the United States, Europe, and other locations in North and South America in the implementation of best practices in this arena. Richard helped plan the 2015 Rutgers and FBI Safer Communities conference that took place at the FBI headquarters in Washington DC.

Richard is President of Tell MAMA (www.tellmamauk.org) which is a national project recording and measuring anti-Muslim incidents in the United Kingdom and providing support for victims.

Richard has sat on numerous boards and forums on behalf of the community and advises Government and Local Authorities on how to tackle hate crimes and security and deal with Community engagement and inter faith relations.

Over the past 25 years Richard has worked with and trained Police officers across the UK and Europe in how to deal with hate crimes. Richard has also produced training material and best practice guides.

Richard has been involved in analysing, researching and writing threat assessments for the Jewish Community and other minority Communities that has been the subject of discussions with and implemented by Police and Government.

Richard has also written, designed, produced and distributed reports and newsletters to hundreds of thousands of people on a regular basis.

Richard created a major information sharing network that is used by a variety of different people to deal with community engagement and to combat hate crimes.

Richard has written crisis management policies, training programmes and run desktop scenarios and training to ensure that communities, Police, Local Authorities and Government are able to deal with and respond to a major emergency. Richard has worked with and continues to work with Communities, Police and Government to deliver the response to emergency situations. Richard has trained at the UK Governments Cabinet Office Emergency Planning College in emergency planning and crisis management. Richard has had public speaking training in how to interact with the media and the public during a major emergency.

Richard is the retired Chair of the Hillingdon Safer Neighbourhood Board that engages with Hillingdon Council; Hillingdon Borough Police and the Mayor’s Office for Policing and Crime.

Richard is the Chair of the National “No To Hate Crimes Awards” - http://no2h8crimeawards.org/ that brings together over 34 partner organisations involved in campaigning against all forms of hate crimes to honour those individuals; organisations and statutory bodies that have been combatting all forms of hate crimes. This annual event is supported by Government departments and Police forces across the Country.

In the June 2017 Queens Birthday Honours, Richard was awarded an OBE for services to the Jewish Community and Board member of the CST and President of Tell Mama.

In October 2017 Richard was appointed by Lord Bourne Parliamentary Under Secretary of State, Minister for Faith at the Ministry for Housing; Communities and Local Government to Chair the Government’s newly established Challenging Hate Crime Support Group.

For over 25 years Richard has provided support to many organisations, the Police and Government about inter-faith relations, counter terrorism; hate crimes; community engagement, community capacity building and the ways in which communities can engage better with each other.