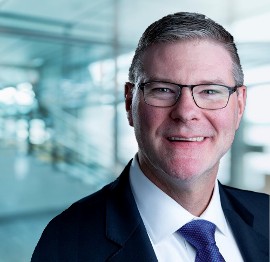 Jack served for thirty-two years with the New York City Police Department holding every rank from cop to chief, concluding his career as the three-star Chief of Strategic Initiatives. He is an appointed Fellow at Rutgers University, Miller Center for Community Protection and Resiliency.

As a police executive, Jack led teams to identify solutions to effectiveness and efficiency in policing, prosecutions, school safety and intelligence. He has worked closely with industry and government to develop protective security technologies, promote information security and sharing policies, manage risk in law enforcement and improve citizen-police interactions. As the principal policy advisor in the NYPD he directed academic studies, managed sensitive due diligence and complex investigations and implemented innovative approaches to public safety. He developed the NYPD cyber intelligence center of excellence. Additionally, Jack wrote the first policy guide for police-intelligence operations and was the innovator of the Cyber Intelligence and Counterterrorism conference.

He served on interagency working groups at the federal, state and local level. He has testified before congress and at the state and local levels. His expertise carries over to issues concerning law enforcement accreditation, national security background investigations, intelligence, information sharing and data protection. Jack served on the FBI's Criminal Justice Information Services Advisory Policy Board from 2008 to 2018 and was the Chairperson from 2016 to 2018. Jack holds an M.B.A. and a J.D. Jack sits on the Board of Directors for the non-for-profit Network Contagion Research Institute.