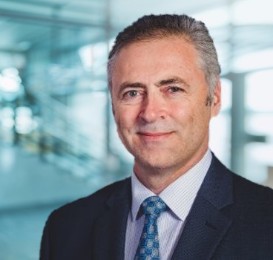 Steve Cercone has more than 40 years in both law enforcement and public safety technology.  He currently serves as Solutions Development Executive for Ingram Micro Cloud, directing their Public Safety, Justice & Homeland Security partnerships.   Prior to IMC, Steve was a Senior Manager at Amazon Logistics, leading the western US and Canada loss prevention team.  He was also with Amazon Web Services, where he served as Partner Development Manager for all AWS Justice and Public Safety ISV partners.  Prior to Amazon, Steve was Global Director of Justice & Public Safety Solutions for Oracle Corporation and was with Accenture as Senior Manager of Public Safety Sales.

In addition to Cardinal Point Strategies, Steve currently sits on the corporate council of the Citizens Crime Commission of New York City and the International Institute of Criminal Justice Leadership at the University of San Francisco.  He is also a start-up advisor for NexCubed of San Francisco.

Steve is a graduate of the FBI National Academy in Quantico, Virginia and he holds a bachelor’s degree in Organizational Behavior from the University of San Francisco.

Originally from Boston, Steve is now based near Sacramento, California.  In 2020 and 2022 he was featured on CBS 48 Hours, giving commentary on several complex homicide investigations.  He has also appeared in a 2019 Discovery Channel documentary on 9/11.

​​​​Steve’s career mission is to make the world a safer place through the introduction and deployment of cloud technology to advance global security and public safety.