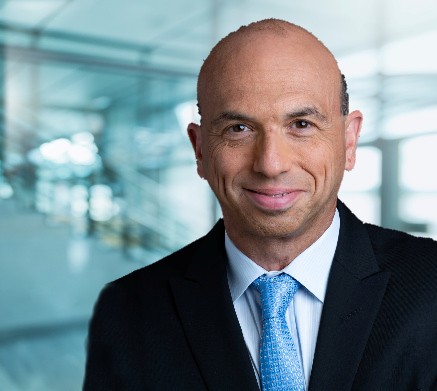 Michael Gips, JD, CPP, CSyP, CAE, is the principal of Global Insights in Professional Security, LLC, a firm that helps security providers and executives develop cutting-edge content, assert thought leadership, and heighten brand awareness. He is a senior advisor to the Network Contagion Research Institute, a nonprofit that exposes misinformation and disinformation. Mike is also a partner in the Knowledgebase of Insider Threats, a searchable compendium of insider incidents, as well as an associate at Signpost Six, a Netherlands-based firm that specializes in insider risk. Mike writes a monthly leadership column for Security magazine and frequently presents at professional and industry conferences. In 2021, he won recognition as Best Security Consultant in the U.S. Outstanding Security Performance Awards competition.

Mike served previously as Chief Global Knowledge Officer at ASIS International, with responsibility for Editorial Services, Learning, Certification, Standards & Guidelines, and the CSO Center for Leadership & Development, which he started as a membership organization in 2008. Before that, as an editor for ASIS’s Security Management magazine, he wrote close to 1,000 articles and columns on virtually every topic in security. In his early career he was an attorney who worked on death-penalty cases, workplace issues, and intellectual property matters.

Mike has a B.A. in history and Spanish from Tufts University, Phi Beta Kappa, summa cum laude, and a juris doctorate from Harvard Law School. Besides ASIS’s Certified Protection Professional designation, he holds the Chartered Security Professional designation and the Certified Association Executive credential. He is the 2022 President of the Global Life Safety Alliance and sits on the advisory board of several security companies. He has multiple certificates in security and business subjects, including from Penn’s Wharton School of Business, Tel Aviv University International, R.L. Oatman & Associates Executive Protection, and the IE Business School in Madrid. In 2019, Security magazine named him as one of the Most Influential People in Security, and he was named as the #6 thought leader in IFSEC’s  2021 Global Influencers and Security and Fire rankings. He was similarly named as a top 25 security influencer for 2022 in the International Security Journal. Mike is also the head of the security committee for his house of worship.​​​​​​​