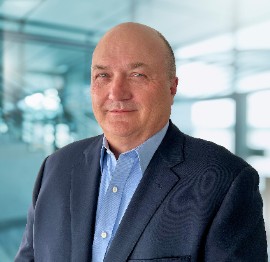 Throughout his investigations, Mr. Mosley commanded teams of federal, state, and local law enforcement in simultaneous interstate surveillances, arrests, searches, and seizures of millions of dollars in cash and other property. Mr. Mosley also worked jointly with United States intelligence agencies to pursue individuals suspected of providing material support to terrorism with cigarette trafficking proceeds. Due to his efforts, Mr. Mosley obtained significant terms of incarceration for cigarette traffickers and secured tens of millions of dollars in federal court ordered restitution to states defrauded of cigarette tax proceeds.

Mr. Mosley has been identified as a Subject Matter Expert in cigarette trafficking investigation across the US. He has provided guidance and training to law enforcement groups, prosecutors and private industry from around the US and Canada. Similarly, Mr. Mosley has conferred with taxation authorities and provided expert testimony on the subject before the Virginia State Crime Commission.

As a Subject Matter Expert in this field, Mr. Mosley was selected by the ATF Director to author the agency response opposing a congressionally proposed reduction of the ATF tobacco enforcement budget. Mr. Mosley's written response successfully defended the budget without reduction. Subsequently, he was selected by ATF Senior Leadership to work with the ATF National Academy and colleagues to create an entirely new and updated curriculum for a course of instruction on Alcohol and Tobacco Diversion Investigation at the ATF National Academy in Glynco, Georgia. As a Certified Law Enforcement Instructor, Mr. Mosley taught this new course to classes of ATF Special Agents in training.

Throughout his 30-year career, Mr. Mosley played an active role in many high-profile federal investigations, including the Branch Davidian siege in Waco, Texas, the 1993 World Trade Center bombing, the Washington, D.C., sniper case, and the response to the September 11 terrorist attacks. Additionally, he served as a tactical operator on the ATF Special Response
Team, and has provided executive protection to foreign dignitaries, presidential candidates, and a sitting US President.

For his investigative efforts, Mr. Mosley has received numerous awards from federal, state, and local law enforcement agencies, prosecutors, and civic groups. The pinnacle award of his career came in 2018 when he received the ATF Distinguished Service Medal.

Mr. Mosley retired from ATF in October, 2019, and co-founded The 2963 Group, Inc., a private agency providing investigative and consulting services to attorneys, corporate clients, and individuals.