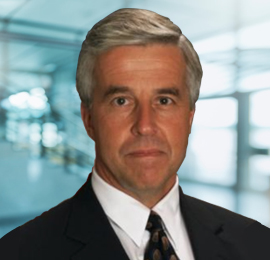 Mr Liscouski is a Senior Advisor to Cardinal Point Strategies’ CEO and the President of Implant Sciences Corp., the leading manufacturer of Explosive Trace Detection technology. Mr. Liscouski is a proven security professional and entrepreneur with over 30 years of senior level security operational and company leadership experience. Mr. Liscouski was appointed by President George W. Bush as the first Assistant Secretary for Infrastructure Protection when the U.S. Department of Homeland Security was founded in 2003 and served in that position until 2005. During his tenure as Assistant Secretary for Infrastructure Protection, Mr. Liscouski was responsible for the design, development, implementation and oversight of:

Mr. Liscouski was Director of Information Assurance at the Coca-Cola Company and Vice President of the Law Enforcement Division of Orion Scientific Systems, a developer of advanced analytic software tools. Earlier in his career, he served as a Diplomatic Security Service Special Agent with the U.S. Department of State and a Homicide and Undercover Investigator for the Bergen County Prosecutors Office.

Mr. Liscouski is a frequent contributor to FoxNews, CNBC, CNN and other business and security media on Homeland Security and Cyber Security issues.